The Shine Runners have released three albums since it’s formation in 2011 and are one of the most exhilarating local live bands. However, the City of Angels had to say it’s fond farewells to lead singer, Matt Mann, Thursday night as they send him off to Music City.

Los Angeles can be one of the most difficult places for live musicians to thrive. Rent prices are through the roof, making it difficult for artists to spend money on their albums and promotions. Although there is no shortage of intimate venues to play in, the land is sprawling over 500 square miles and 3 million people. Fans can find it difficult to see their favorite bands if they are playing more than ten miles away, not to mention the cost of drinks, once they get there. Neighborhood gentrification has taken some of Hollywood’s best live music spots, limiting the most loyal neighborhood audience, and because big venues that once served as launching pads for some of the most historical bands are now entirely pay-to-play, it’s no wonder we lose our finest talent to places like Austin and Nashville. That is now the case for one of Hollywood’s most thrilling live bands, Matt Mann and the Shine Runners.

The Shine Runners formed about seven years ago and magically combine the sound of nostalgic Sunset Blvd. glam metal with their own version of succulent Southern rock. Mann hails from Shawnee, Oklahoma and has been an Angeleno for nearly two decades, critical information for someone trying to put a finger on his multifarious distinctiveness. Elements of rockabilly, surf-punk and country music can be heard in finite doses, but usually, Mann’s alluring energy, both in stage presence and sound, just makes you smile. Instead of the smoky, blues vocals heard in most modern Southern rock bands, Mann’s voice is more reminiscent of early Vince Neil or Bret Michaels, making the whole Shine Runner package completely irresistible. And now, with a brand new baby girl in tow, Mann will be loading up his enormous guitar collection and heading to Nashville.

Mann’s last local show was at Boardner’s in Hollywood on Thursday night, where all of his friends gathered to drink shots, congratulate him on the new baby and wish him the best. With Matt Hornbeck on lead guitar, Taylor Frost on drums and Josh Curtis on bass, the boys came hot and loud, perfect for songs like “Red Lips, Rock-n-Roll Hips” and “No Crime Being Me.” Mann switches between his Telecaster, a Les Paul Jr., a Les Paul and a stunning James Trussart Steeldeville throughout his set. To say guitars are “his thing” might be an understatement, but he is careful never to jam out too long without big pay off for an audience who came for simple jollification. Jimi Viera joined on harmonica for “Homesick Blues,” rounding out the song’s edges like an additional spoonful of sugar in mam’s sweet tea.   The boys covered one Ryan Bingham song, “Bread and Water”, before finishing with their own slicing “See ya on Down the Road”, a shambolic piece of their signature perfection, which leaves many long time friends and fans in tears. 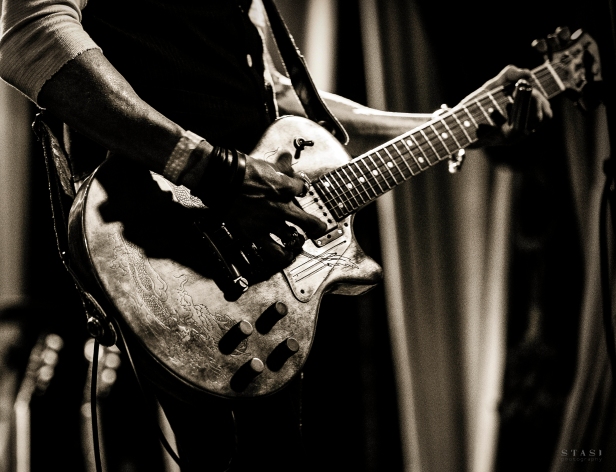 The Mann family is expected to complete their Nashville move early this fall, and though Hollywood is happy for them, it’s hard to see artists like this go, as it isn’t the first time Los Angeles has lost some great talent to that town. “Pursuing music in a city that’s geared more toward my genre makes sense right now,” says Mann. “Plus, it’s closer to our families and it’s a more affordable place for us to start our own.” And therein lies the harsh truth we Angelenos hate discussing. 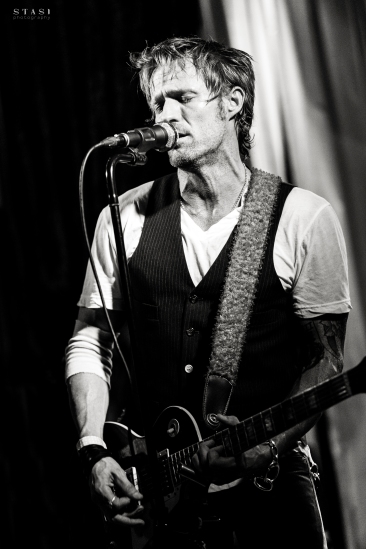 So Nashville, suck it. Seducing artists with your affordable real estate, thriving music scene and laid back lifestyle perfect for raising families is just unfair. You may not have some of the problems we have in Los Angeles, like traffic and disestablishment, but you know what else you don’t have? Fish tacos.

See ya on down the road, Mr. Mann.

One thought on “See Ya on Down The Road: Matt Mann and The Shine Runners”